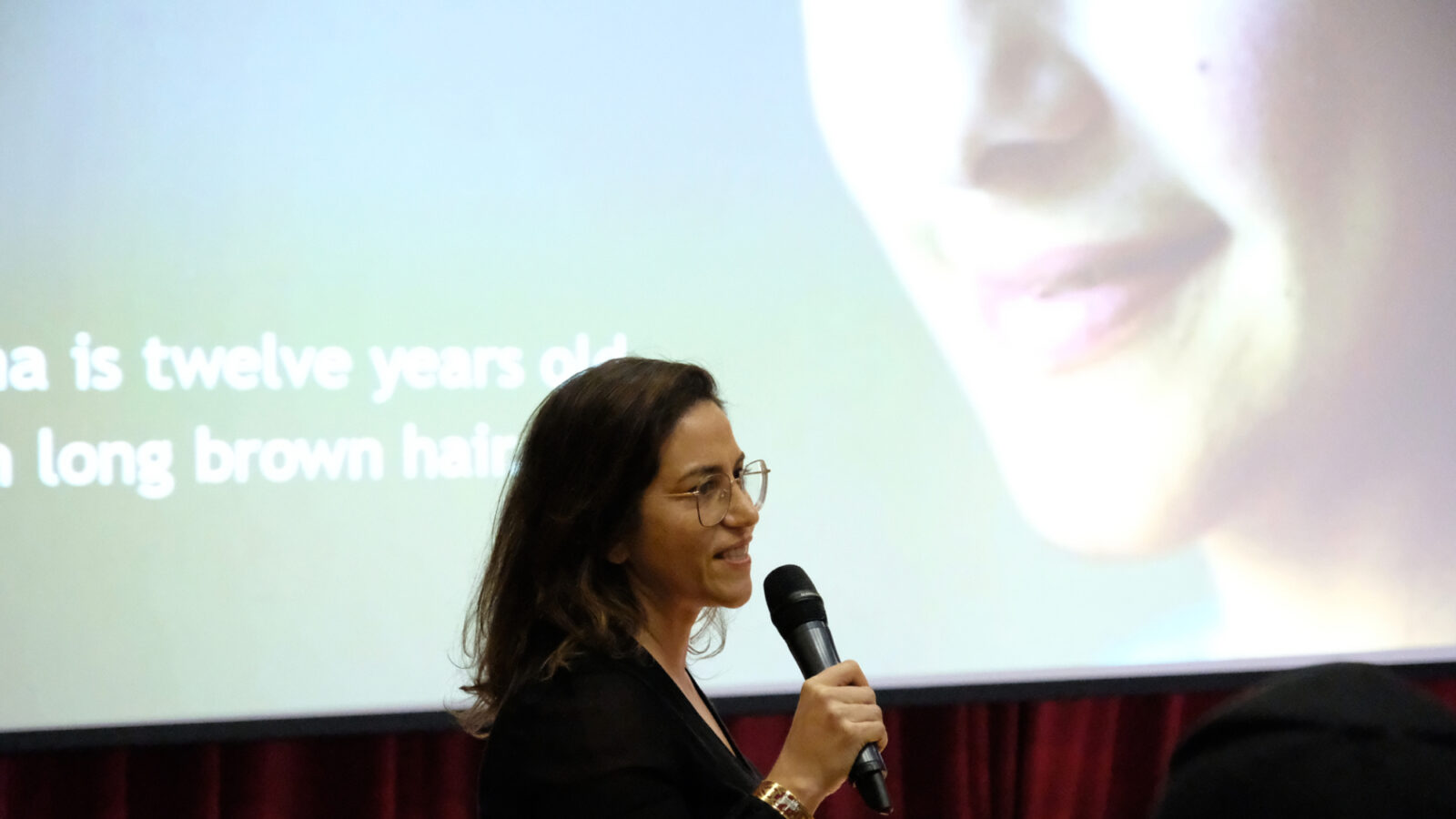 Presenting The Projects at The Sørfond Pitching Forum 2020

Films supported by SØRFOND keep on receiving extensive international attention. All SØRFOND-supported films released within the last year have had their premiere at prestigious international film festivals. Just to mention a few of these titles:

Sunless Shadows by Mehrdad Oskouei and How to Steal a Country by Rehad Desai were both screened at IDFA in 2019. Quo Vadis, Aida? by Bosnian director Jasmila Zbanic was screened at La Biennale di Venezia 2020, whereas Contactado by Peruvian director Marité Ugas was screened at the Tribeca film festival in New York.

The projects selected for the SØRFOND Pitching Forum 2020 represent potential future success stories of the fund. The purpose of the Sørfond Pitching Forum is to give filmmakers & producers from eligible countries the opportunity to present their projects to potential Norwegian co-producers, with the aim to enter a co-production agreement and apply for support from Sørfond the following year.

Projects having attended the SØRFOND Pitching Forum stand a good chance of receiving production support from the fund. For our annual round of production grants, attendance at the pitching forum ensures the project will pass directly through our pre-selection process and be presented directly to the jury. All projects that have not attended the forum must pass a pre-selection where the amount of applications is reduced to approx. 25-30 before being presented to the jury. On average we receive around 60 applications for production support each year.

At this year’s SØRFOND Pitching Forum we are presenting six exciting film projects from around the world – three documentary and three fiction projects.

This project was selected from the Europe-Latin America Co-Production Forum (San Sebastian IFF).

After members of the queer scene in Medellín, Colombia are cast for a vampire movie, the film’s protagonist - Camilo Najar - dies of a heroin overdose at age 21. As the youth in Colombia grapple with suicide and drug overdoses, Anhell69 tries to explore this generations “nonfuture” mindset.

Short bio on producer
Juan Pablo Castrillón, Medellín Colombia. Winner of the Cinema Development Fund of Colombia (FDC) with the hybrid Short Film: Son of Sodom (Cannes 2020, official selection). Since 2019 he has been working with Montoya on his first feature film, Anhell69 (co-production Colombia, Romania, Argentina), which in 2019 attended the Torino film Lab Documentary, SANFIC-Chile, FIDBA-Argentina and Ventana Sur. In 2020 Anhell69 won The Tribeca All access fund and the IDFA Bertha Fun Europe co-production.

Amid a fuel crisis in war-torn Yemen, pacifist Layal (30) struggles to run her women-only petrol station. Today, long-awaited fuel is finally coming. Layal’s militant sister Zainab (40) reappears after months of absence and claims fuel to deliver supplies to the frontlines, but Layal refuses to fuel the war. Challenged by the demands of impatient customers waiting for their fuel, the sisters’ strained relationship is pushed to a breaking-point.

Short bio on producer
Nadia Eliewat is an award winning Jordanian creative producer, screenwriter and story editor. She is best known for producing and co-writing the Lebanese box-office hit Mahbas (Solitaire) (2016) with over 110,000 admissions. And the Jordanian film When Monaliza Smiled (2012). She is now developing The Station with Sara Ishaq, which has received 7 development awards including the Hubert Bals Fund and was selected for L’Atelier de la Cinéfondation Festival de Cannes 2020.

Short bio on director
Sara Ishaq is an award-winning Yemeni-Scottish filmmaker with an MFA in Film Directing from the Edinburgh College of Art. She is best known for her Academy Award and BAFTA nominated short Documentary Karama Has No Walls (2012). Her feature doc The Mulberry House (2013) premiered at IDFA. In 2017, Sara co-founded Comra Films for creative film productions and training (Comra Academy) in Yemen and is now developing her first Fiction Feature, The Station.

This City Is a Battlefield | Fiction | Indonesia | Mouly Surya

This project was selected from Open Doors (Locarno IFF)

Isa - an impotent war hero and school teacher in Jakarta, Indonesia - reluctantly joins the revolution for money in a mission to bomb a cinema to kill a Dutch general whilst the Dutch and English collaborate to re-colonize Indonesia after World War II.

Short bio on producers
Cinesurya was founded in 2007 when director Mouly Surya and producer Rama Adi took the next step in filmmaking by producing their first feature film, Fiksi. In 2013 Fauzan Zidni joined the team and we produced What They Don’t Talk About When They Talk About Love (World Cinema Dramatic Competition Sundance IFF 2013) and Marlina The Murderer in Four Acts (Directors Fortnight, Cannes 2017). Cinesurya’s vision is to bring their own character into the vastly growing Indonesian cinema.

Short bio on director
Mouly Surya studied literature and filmmaking in Australia. Since her debut film, Fiksi in 2008, she has won numerous awards locally and internationally. Her latest film Marlina the Murderer in Four Acts, premiered in Cannes at the Directors’ Fortnight in 2017, theatrically released in 14 countries including USA and Canada. The film is also Indonesia’s submission for Best Foreign Language Film at the 91st Academy Awards.

Concerned about my childhood's fragmented memories during the civil war in Mozambique, I return to my grandmother's village to reveal the untold stories. But my grandmother has Alzheimer's, and her memories are fading. In the cold of the night, her silence breaks. In the same village lives a former rebel. Perpetrator and victim, day and night, truth and fiction merge. As my generation is facing new tensions, the ghosts of the war are tireless and wait in the darkness.

Short bio on producers
Thomas Kaske has a background in visual anthropology and media art before he moved to film production. Kaske Film’s philosophy is that new narratives from the Global South demand new structures of co-production. Emilie Dudognon launched Ida.Ida in 2015 to answer the specific production needs of unconventional and experimental films at the crossroads of cinema and art. Born in 1978, she studied sociology with a focus on the role of the image within this field.

Short bio on director
Inadelso Cossa is a director, producer, and DoP and member of the academy of motion picture arts and science. In 2006 he founded the 16mmFILMES production company. His films address themes such as post-colonial memory, civil war trauma, and collective amnesia. The unofficial history of his country is the vehicle of his cinema, which he accesses personally. He commits himself to participate in the plot of the memory of Mozambique.

After a car accident renders his wife quadriplegic, Magnus, a fast-rising lawyer brings free-spirited Annelie home from hospital. As lover becomes caretaker, grand dreams crumble into mediocrity and their son rebels, will their family survive?

Short bio on producers
Lucia Meyer-Marais and Jozua Malherbe have found in each other the perfect producing partners having worked together for over a decade. Lucia collaborated on The Harvesters that premiered at Cannes and did production supervision on HBO’s Trackers, while Jozua has had the most nominations for a drama series at the SAFTAs. Together they produced Don Marsh’s highly anticipated I Am All Girls. Their vision is to tell stories that allow audiences to see the world around them in a different light.

Short bio on director
Matthys Boshoff’s debut feature film, The Story of Rachel de Beer, won 3 SAFTAS and penned distribution deals for North & Latin America (Amazon Prime) and Europe (HBO). His short film Vlees van my vlees played in competition at Clermont-Ferrand and won awards at festivals around the globe. He is a Realness Screenwriter’s Residency and Cine Qua Non Script Lab alum. When not indulging in all things film, Matthys likes to hang on sketchy gear off the side of a mountain.

Many civilizations passed through the 8000 year old Damascus. It is the centre of trade, culture and tourism and was once the symbol of coexistence. It lived through times of war and prosperity. The past 8 years, the war left its marks by dividing it on power and economic lines. Damascus is no longer the city I grew up in. Khaled still believes it is. He is in denial, I think. Isthmus is a journey back home through the life that Khaled, Lana and Boulos still hold on to and which I lost.

Short bio on producer
Serge Gordey is a French producer specialized in international co-productions of creative documentaries dealing with history, geopolitics, society, culture. In the industry for more than 30 years, he now works with Paris-based Temps noir. His track record includes acclaimed web projects such as Gaza-Sderot and documentaries such as Five Broken Cameras (Oscar nominee, Sundance, International Emmy Award) and The Wonderful Kingdom of Papa Alaev (Toronto, Rotterdam).

Short bio on director
Lina Sinjab is a filmmaker and a freelance BBC Correspondent in Beirut. She was BBC’s Syria reporter and covered the popular uprising in Syria, Yemen and Libya. In 2019 she produced and directed the feature film Madness in Aleppo. In 2013, she directed Suryyat, a film on Syrian Women during the time of uprising, which was nominated to One Media Award. She made the film Voices from Homs in 2012. In 2013 she won the International Media Cutting Edge Award for her coverage in Syria.