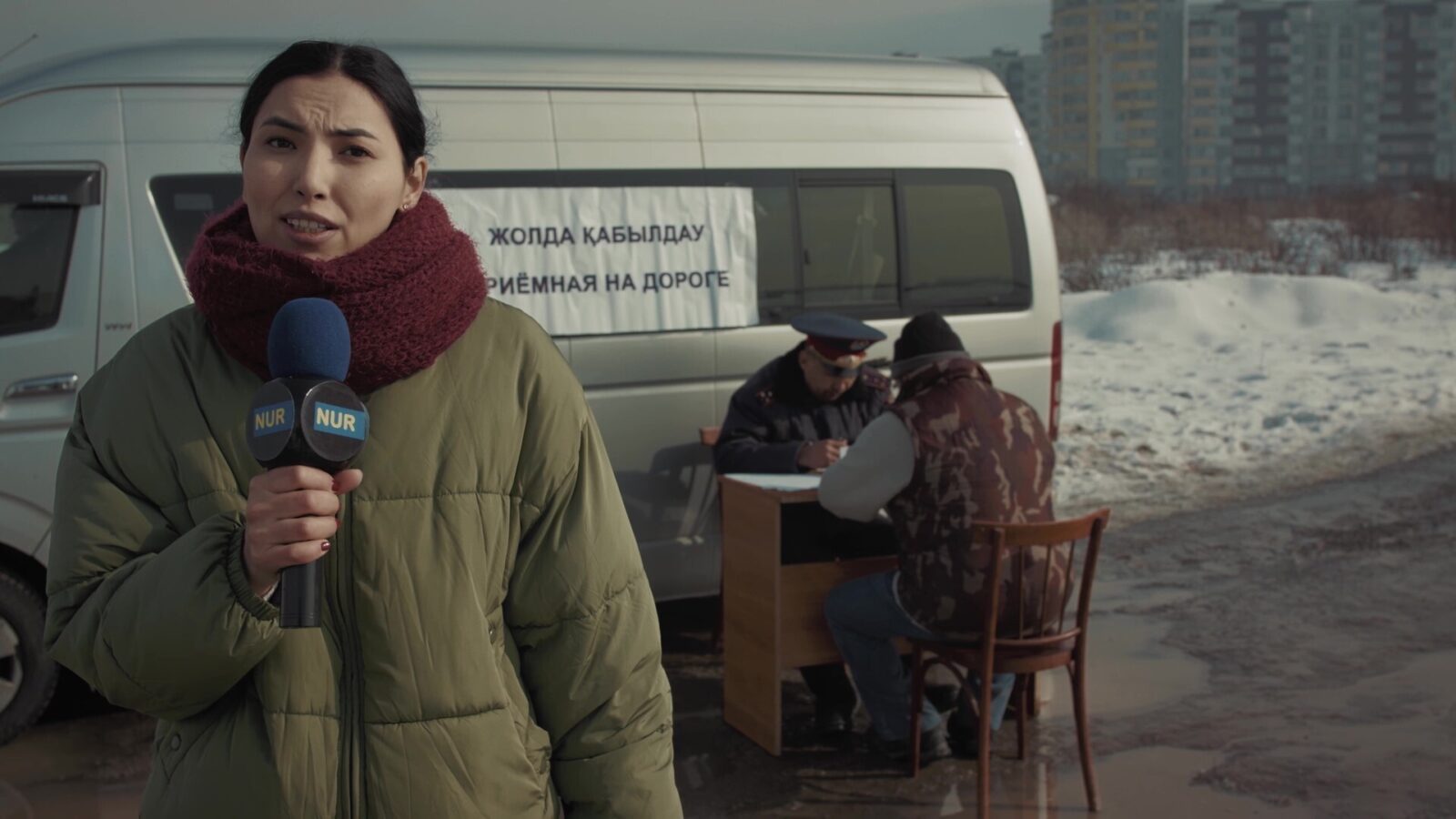 Sørfond is administered by the Norwegian Film Institute in co-operation with the Films from the South Festival (Oslo Festival Agency), with funding from the Norwegian Ministry of Foreign Affairs. Sørfond's overall objective is to strengthen film production in countries where film production is limited for political or economic reasons. Sørfond aims to help reinforce film as a cultural expression, promote diversity and artistic integrity, and strengthen freedom of speech. During the last ten years the fund has supported 72 projects.

The fund received 45 applications for this year’s deadline, applying for a total of 35 million NOK. This year six projects were selected by the jury to receive support from Sørfond, one documentary and five fiction projects. The total amount of support is 3.000.000 NOK, which equals approximately 300.000 Euros.

We had the honourable and exciting task of reading and evaluating the projects for this year’s round of grants from Sørfond. It has been a privilege and a joy to take part in a fascinating journey around the world, introducing us to new stories, perspectives, and visions from talented debutants as well as more established names of contemporary cinema. One of the six directors will be making her first feature with the help of Sørfond, and two others their second. There was also room for a seasoned and acclaimed documentary filmmaker, and we hope to see even more documentary projects applying in the future.

There is a great geographic spread to the projects selected: from Colombia to Morocco and India, all the way to Kazakhstan and Bhutan. The two latter being the first time Sørfond has granted support to projects from these countries.

The jury was greatly impressed by the level of the applicants and applications alike, reflecting the array of urgent stories and perspectives that deserves and demands attention on the silver screen. We are happy to be able to assist these filmmakers in pursuing their visions, and with a grant from Sørfond we hope to contribute to these stories reaching a wide audience.

In the end, choosing between so many extraordinary projects was a difficult task. The quality of the projects greatly exceeds the funds, and we hope Sørfond will be able to continue and strengthen its important work for a more inclusive and diverse global film industry.

Yajaira, a young Embera mother, and Jhon, a young white gang member who belongs to one of the most feared gangs in Bogotá, are forced to flee the city due to violence. On their journey from the Colombian capital to the Andágueda River, in the heart of the pacific jungle, they will have to learn to know each other's secrets while facing difficult questions about justice and redemption.

Where The River Begins explores topics like identity, belonging, revenge and forgiveness in modern Colombia, a society where millions have been and continues to be displaced due to war and violence. We were impressed by a very well written script and the ways it portrays its main character Yajaira. Her struggle to navigate her violent surroundings while having one foot in the westernised life of the city and the other in Embera tradition, promises a complex and layered character that we really need to see on the big screen.

A female journalist of a Kazakh state TV channel is torn between meaningless news reports, her affair with a married colleague, and taking care of her activist lesbian sister, who regularly finds herself in trouble with the authorities.

The jury was convinced by an original story with a humoristic and absurd approach to everyday life under authoritarianism. Through following Dina, a tv-journalist who tries her best to figure out her own life, while she together with her news crew is staging the news according to how they think the government wants it, we are reminded about the importance of the fourth estate.

To save her job, a school teacher travels to the south of Bhutan in search of her doppelganger, but as she becomes entangled in her lookalike’s life, she realises she might be the only one to solve her doppelganger’s disappearance as well as recover a “stolen” sacred song.

Juxtaposing the traditional Bhutanese way of living with the troubles of modernity on- and offline, sophomore filmmaker Dechen Roder manages to uniquely portray the specificities of her home country’s culture and values, as well as the universality and morality of life in the digital age. If everyone mistakes you for being an online persona you’re not – how do you ever win your identity and integrity back?

With a rich visual and musical palette, we get to follow young Nima, literally on her life’s journey. In the end she will never look back, and we in the audience will be one original film experience richer.

In the small town of Sidi Bennour, Touda, a 35-year-old mother, raises her deaf-and-mute son Yassine, on her own. Touda is a sheikha (traditional singer) who performs in dingy bars to make ends meet. But Touda has a passion. She struggles for her art to be recognized and to ensure a better future for her son.

In a Morocco where there still are different rules for men and women, for rich and poor, for capitalists and artists, the singer Touda is struggling to get by and build a life for herself and her son. Where he cannot hear or express his mind more than in silent communication within his immediate family, Touda’s voice is heard and appreciated, but not respected. Like before, acclaimed director Nabil Ayouch aims to expose and analyze Moroccan society, as well as cherishing its rich cultural and musical traditions.

Takes us to the heart of the massive year-long protest against the Indian government's unjust farm laws. The film crew lives among the half million farmers to make us experience the daily texture and indomitable spirit of this historic farmers’ movement until, finally, victory!

New, highly anticipated documentary by an acclaimed filmmaker whose special take on Indian society brought her films to audiences world-wide and brought her global attention. She has accomplished it by being truly close to her topics and her subjects and this time is no different, the film delves into the movement and all of it’s facets, from a horrific suicide wave that preceded it to closely following a successful democratic fight for environmental and labour rights in an increasingly authoritarian India.

GIRLS WILL BE GIRLS

Girls Will Be Girls is set in a conservative Hindu boarding school in northern India, where girls are policed, ostensibly to protect their “virtue”. We follow sixteen-year-old Mira in her senior year of high school, whose rebellious coming-of-age is hijacked by her mother who never got to come-of-age.

A feature debut from a talented Indian filmmaker whose previous short films attest to her attention to subtle nuances and ability to make serious points through humour. The script promises a delicate and well observed portrait of growing up in a school during times of great transition in Indian society, peppered with a surprising mother - daughter cringe and humour-filled relationship.