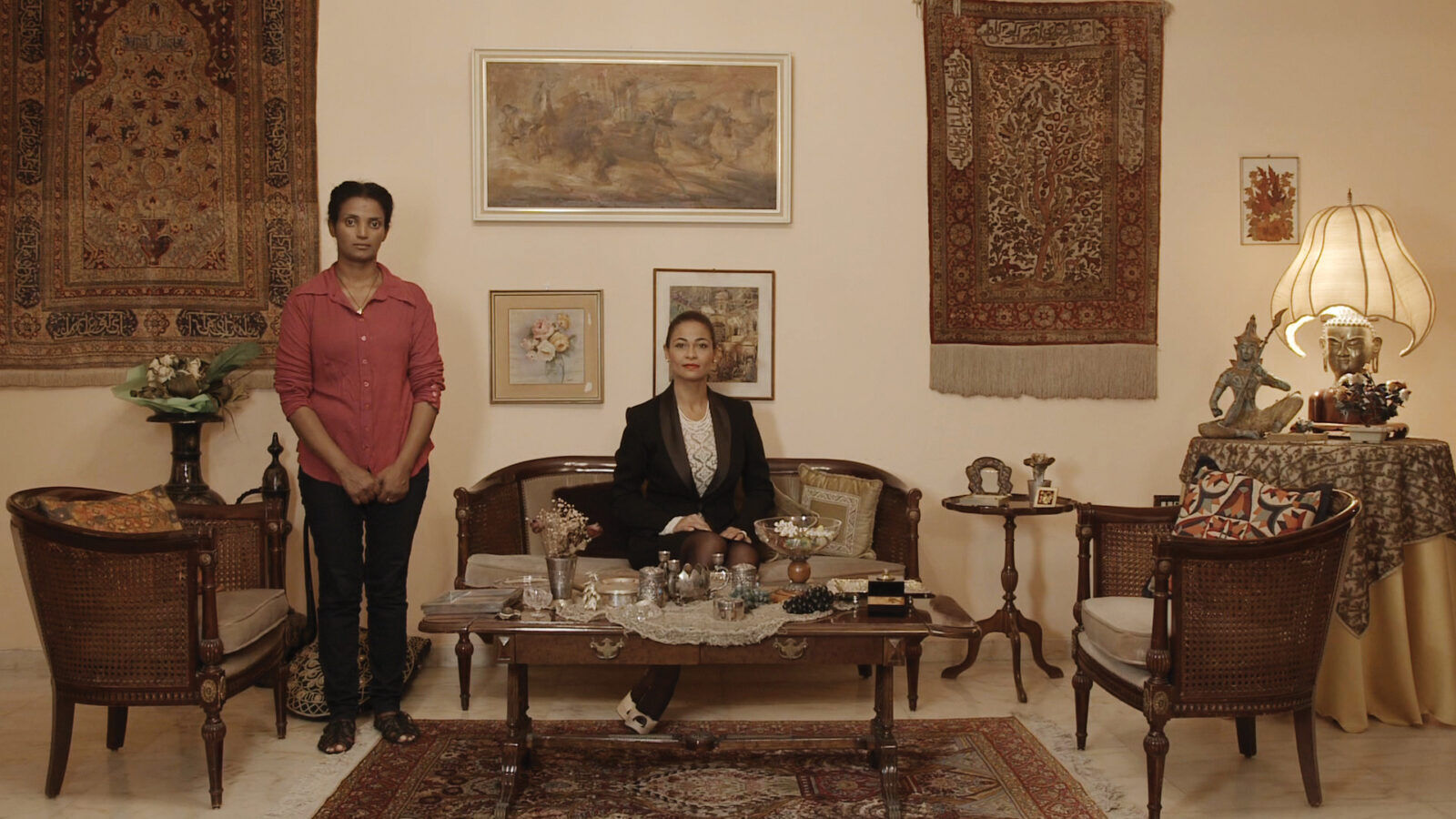 A Maid For Each

Lebanon has an estimated population of four and a half million, and about 200 000 foreign workers. These people, mainly women from Asia and Africa, work under unworthy conditions in Lebanese homes. The system, with resemblance to slavery, pervades the society as a whole and has been implemented in the country for a long time. The women that are imported to the country, and are in reality treated as products, have nothing to say from the time they arrive to the family who has paid good money for them. Director Maher Abi Samra uses a stationary camera that functions as a fly on the wall at one of the bureaus, El Raed, organizing the service.

The servants in search of a better future are invisible in Samras documentary, which mainly focuses on administrative aspects. We are introduced to the owner, Zein, who gives us his view on the challenges he meets on a daily basis.