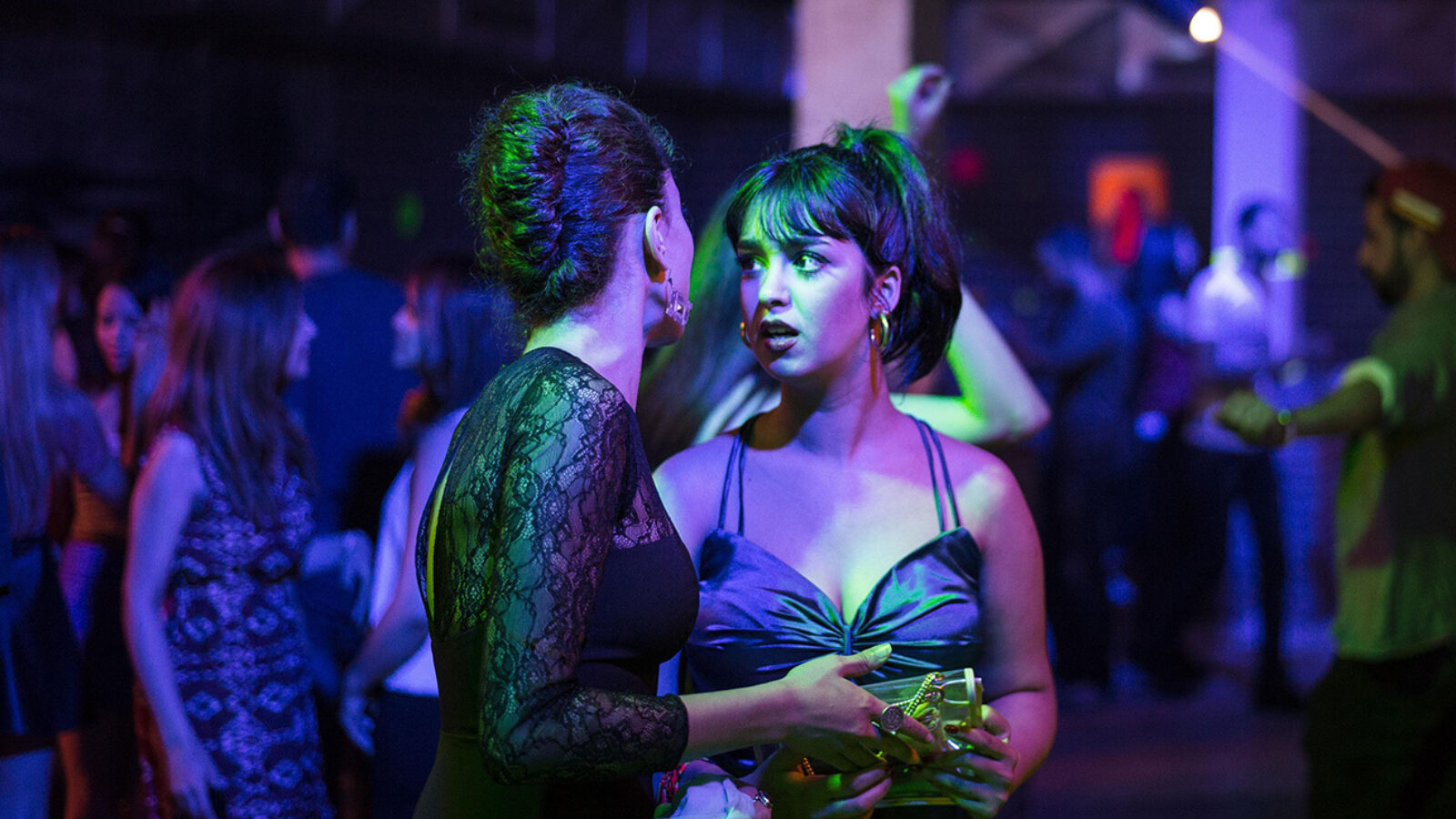 Beauty And The Dogs

21 year-old Mariam attends a party held at a discotheque on the grounds of her school, during which her dress tears, and she has to borrow a more “revealing” one from a co-student. In the darkness of the party, only lit by the disco lights, she meets handsome young Youssef. Together they head to the beach, for a walk that ends in Mariam being raped by two police officers passing by. Mariam (strongly portrayed by Mariam Al Ferjani) and Youssef then spend the entire night fighting for justice under nightmarish circumstances, at the police station, a private clinic, and a public hospital. In an unruly system where people would rather protect their own interests than help a raped woman, the two are just being pushed around.

Beauty and the Dogs consists of nine scenes, each filmed in one long take; an effective move that adds to the sense of authenticity and closeness to everything that happens. You can almost smell the cold hospital corridors, the sweat of people dancing, and the leather draping the back seats of cars. Director Kaouther Ben Hania succeeds in challenging aspects of the Tunisian society dominated by conservative, patriarchal forces. In her international directorial breakthrough, she shows herself as a brave voice in Arab cinema.

“Beauty and the Dogs confronts issues rarely addressed so frankly — at least in this part of the world — with a story that is both powerful and important."
-Washington Post