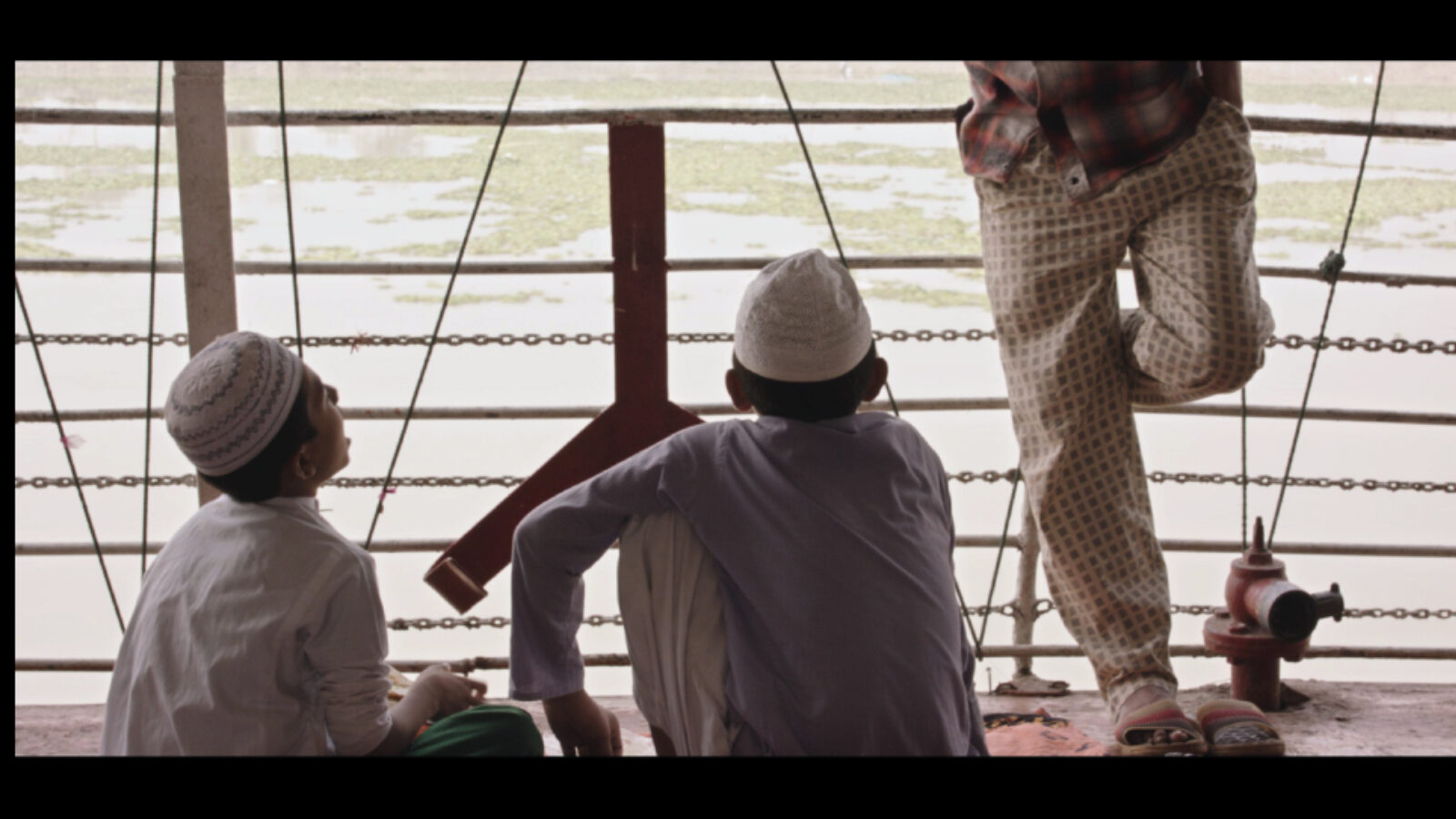 The Rocket is a century-old paddle steamer with regular sailings from the Bangladeshi capital Dhaka, transporting passengers to various destinations along the river. This double-decker vessel has clearly seen better days, but it’s still a popular means of transport for passengers from all walks of life.

When the steam whistle blows and the paddle starts turning, this observational film takes you aboard. The camera roams the crowded decks, where we encounter disagreements among friends, listen to a young mother’s story, and dip into impromptu conversations about God, politics, the meaning of life, and the food served on board.

Meanwhile, the captain skillfully navigates his vessel along the busy, shallow waterway—cursing and ranting as he goes. There is singing and dancing, eating and drinking, praying and vlogging. Along the way, the lens captures vast expanses of natural beauty, as well as hectic scenes at stopping points. Rich and poor, young and old, East and West—all make appearances in this kaleidoscopic film brimming with stark contrasts, deep wisdom, and everyday concerns.

This text is from the International Documentary Festival Amsterdam (IDFA), where the film will have its world premiere in November 20th, 2021.