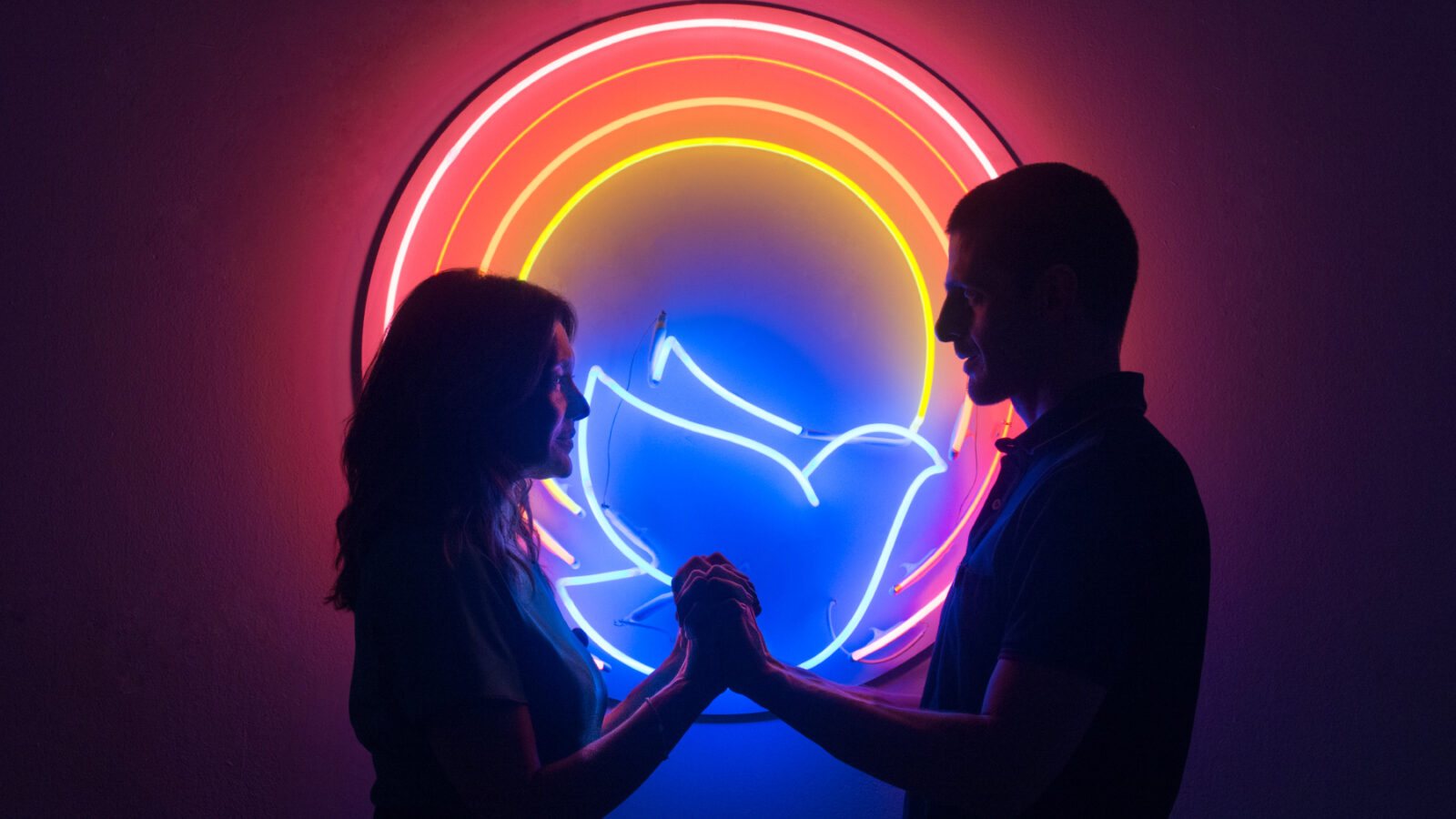 A futuristic drama set in 2027-Brazil where religious fanaticism coexists alongside permissive sexual mores. Joana (Dira Paes) is a deeply religious woman who uses her position in a notary’s office to advance her faith. She sees her job less about processing divorce paperwork and more about reconciling struggling couples. She does this by suggesting they come and visit Divine Love, an evangelical self-help group she attends with her florist husband Danilo (Julio Machado). There, as well as reading the bible, couples engage in all sorts of erotically-charged activities, including sex with other partners, as an effort to reignite their marriages. Joana’s faith is put into question after she and Danilo fail to conceive a baby, despite the many attempts.

With astonished neon-infused visuals, director Gabriel Mascaro creates a unique imaginative feast in nearly every frame, aided by cinematographer Diego García, who alternates much of the movie between dreamlike aesthetics and realistic imageries.