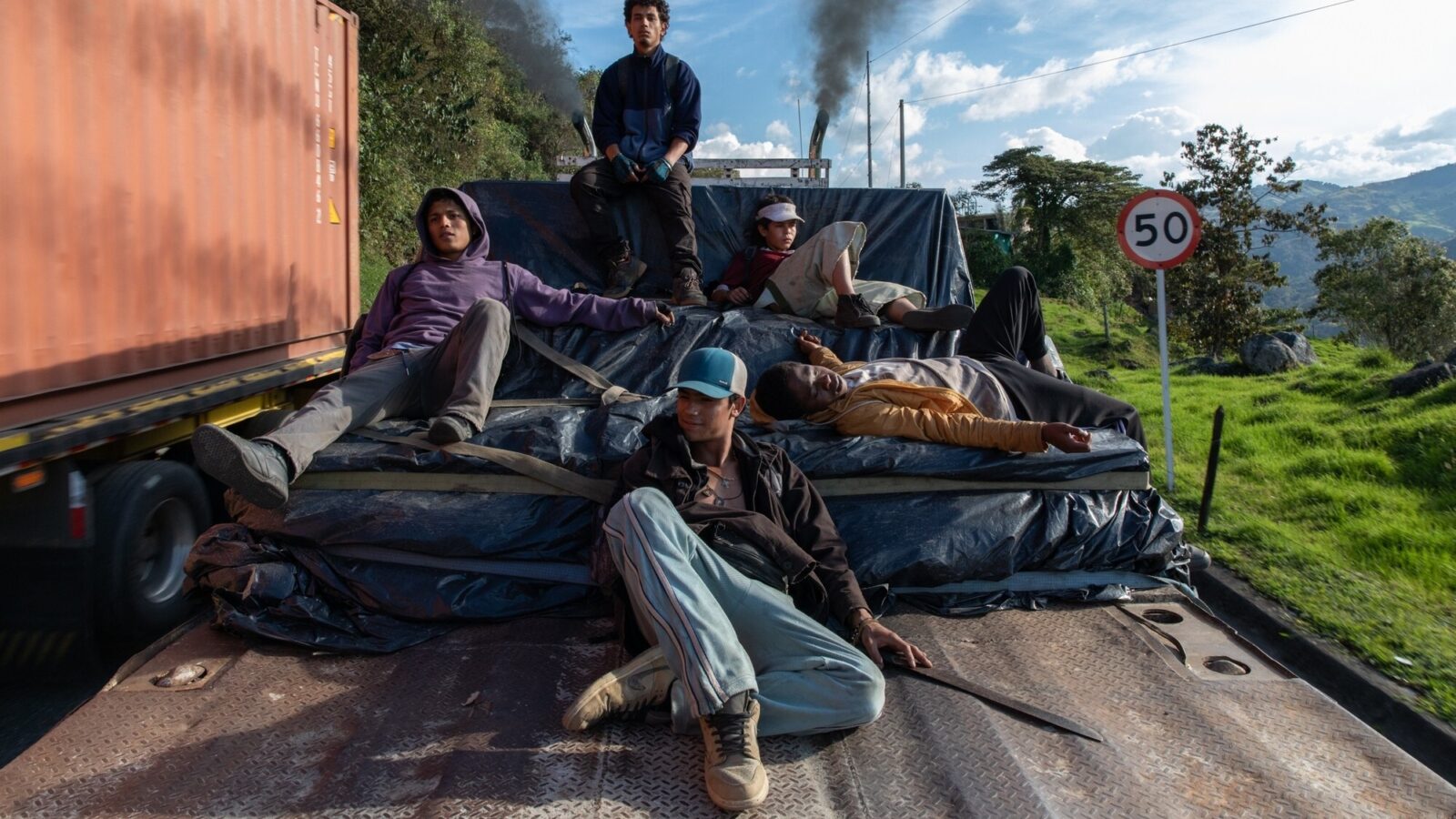 Kings of the World

The Kings of the World deservedly won the main prize at the 2022 edition of the San Sebastián International Film Festival, and follows five young boys who, although they feel let down by family, friends and society, refuse to give up their dream of a better life. From their everyday life in the streets of Medellín, the boys travel out into the countryside in search of a small piece of land which it turns out one of them has inherited from his grandmother. For a gang that is used to never expecting anything from anyone, it turns out that it will be anything but simple to cooperate to claim the inheritance.

Director Laura Mora Ortega depicts the boys' lives with both respect and curiosity, and their situation appears neither beautiful nor pitch black. A central part of the portrayal is also David Gallego's (Bird of Passage, Embrace of the Serpent) superb cinematography. The fierce beauty of the Colombian nature is revealed in a series of dreamy and poetic scenes that take both the characters and the audience away from the harsh realities of the film.