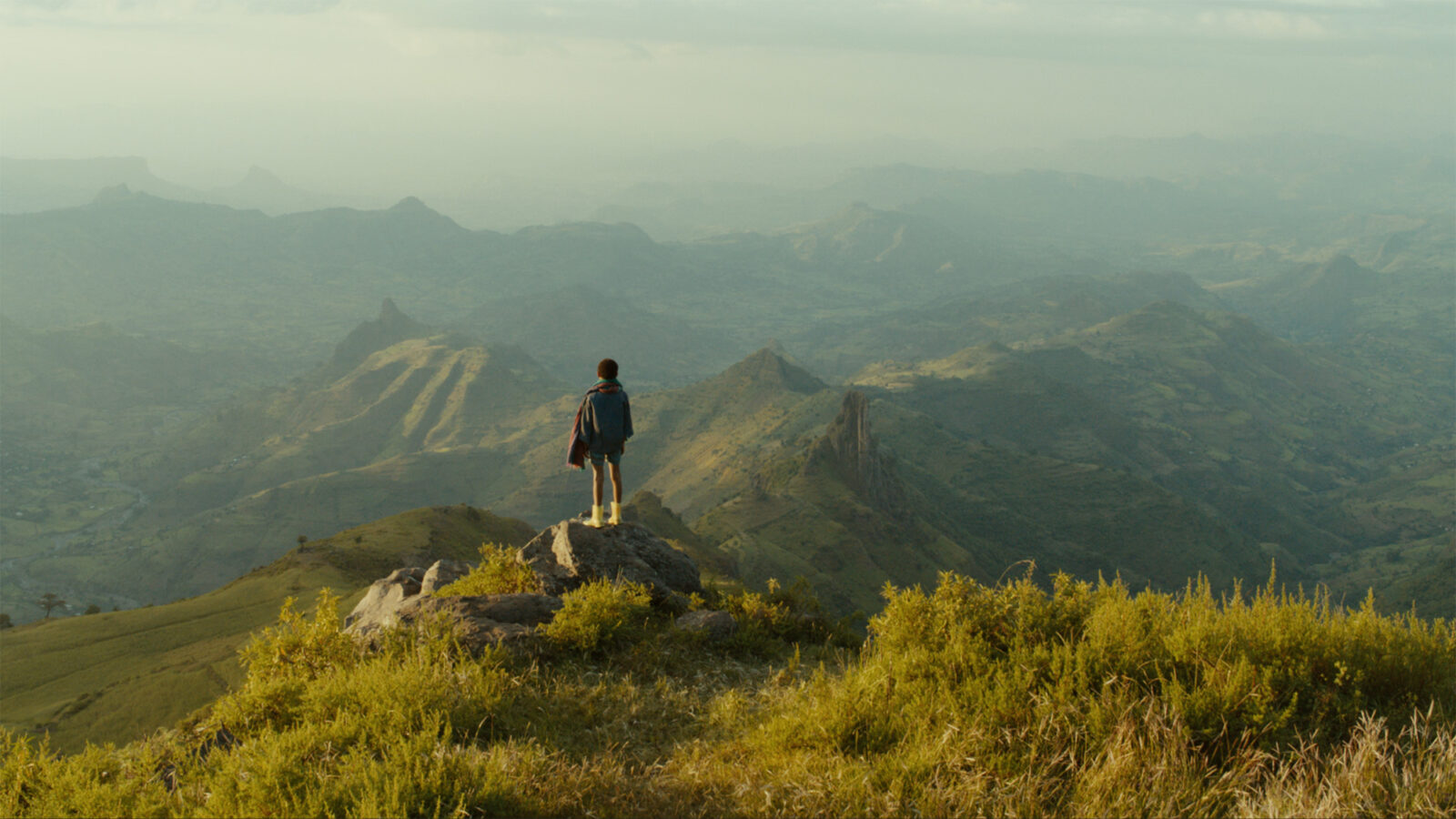 Ephraim lives in the Ethiopian countryside with his father and looks after his beloved pet sheep Chuni. The family has few resources, and see themselves forced to move to another part of the country when Ephraim's mother dies. Ephraim's father goes off to find work in Addis Abeba and the boy is left to live with distant relatives. The latter are sceptical to the boy's arrival: in these harsh times, he represents an extra mouth to feed. He is also not much help out in the fields, and prefers the more feminine task of cooking meals, which he has learned from his mother. Most of all, they have their eyes set of Ephraims rather well fed sheep and look forward to a good meat-based dish at the upcoming religious feast. Ephraim will have to use all of his resourcefulness in order to not lose his precious pet.

Lamb sports strong performances by lead actors, with a series of strong and nuanced female roles: the older matriarch who sits on her throne inside the family hut and deals out punishment with a whip; the aunt who, despite being sympathetic to Ephraim, has her own sick child to look after; and the older girl who would rather read the paper than consider marrying.

The film subtly underlines current economic and sociopolitical issues in Ethiopia, without relying on clichés. A visually pleasing, warm and intelligent coming-of-age drama that displays the richness and complexity of Ethiopian culture

"It’s a delicately satisfying drama with coming-of-age elements, deeply sympathetic to its characters and very much attuned to the landscape around them"
-Variety