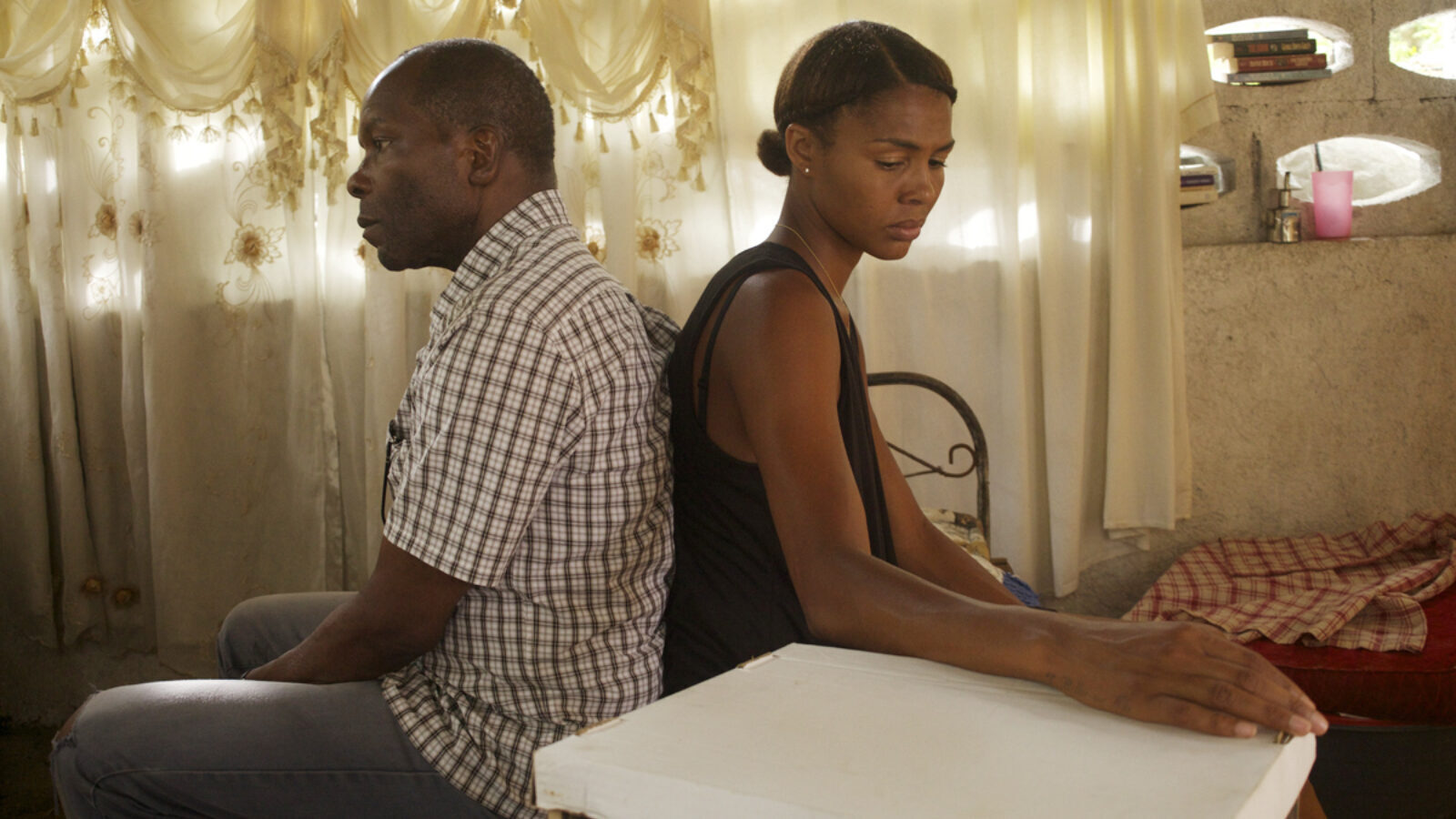 The natural disaster in Haiti in 2010 works as the thematical background of Murder in Pacot. Director Raoul Peck has previously made the documentary Fatal Assistance (2013) about the same issue. We meet a nameless couple from the upper middle class, who lives in the ruins of their luxurious house in the neighborhood Pacot, Port-au-Prince. Their house is quickly decreed unsafe, and the couple is made aware that the authorities will tear it down unless they repair it. To pay for the repairs, they decide to rent out the only intact room of the building. The tenant Alex is French and works for a foreign-aid organization. He quickly has his girlfriend Andrémise/ Jennifer move into the house.

Peck makes strong observations by letting the drama revolve around four people that all relate to the catastrophe in different ways. He uses heavy symbolism when he shows us a pessimistic view on the Haitian society, and the enormous effects a natural disaster has on a society where suddenly everything belongs to everyone. An unpleasant stench of death rises from the foundation of the ruined house. The characters pretend not to notice, this serves as a metaphor for how rotten this society has become. The nearly destroyed house gradually cracks up, as does the facades of the characters in the film.
Raoul Peck gives us a beautiful and allegorical chamber story about what happens when a hierarchal class society dissolves, the distinction between rich and poor disappears, and the social roles are turned upside down – at least temporarily. The film is based on Teorema (1968) by the Italian director Pier Paolo Pasolini.

"A symbolically-charged two-couple drama confined to the shambles of a middle-class home after the 2010 earthquake in Haiti, Murder in Pacot slowly builds the tension until the shocking final sequence nimbly puts the last piece in place and everything makes sickening sense."
-Hollywood Reporter