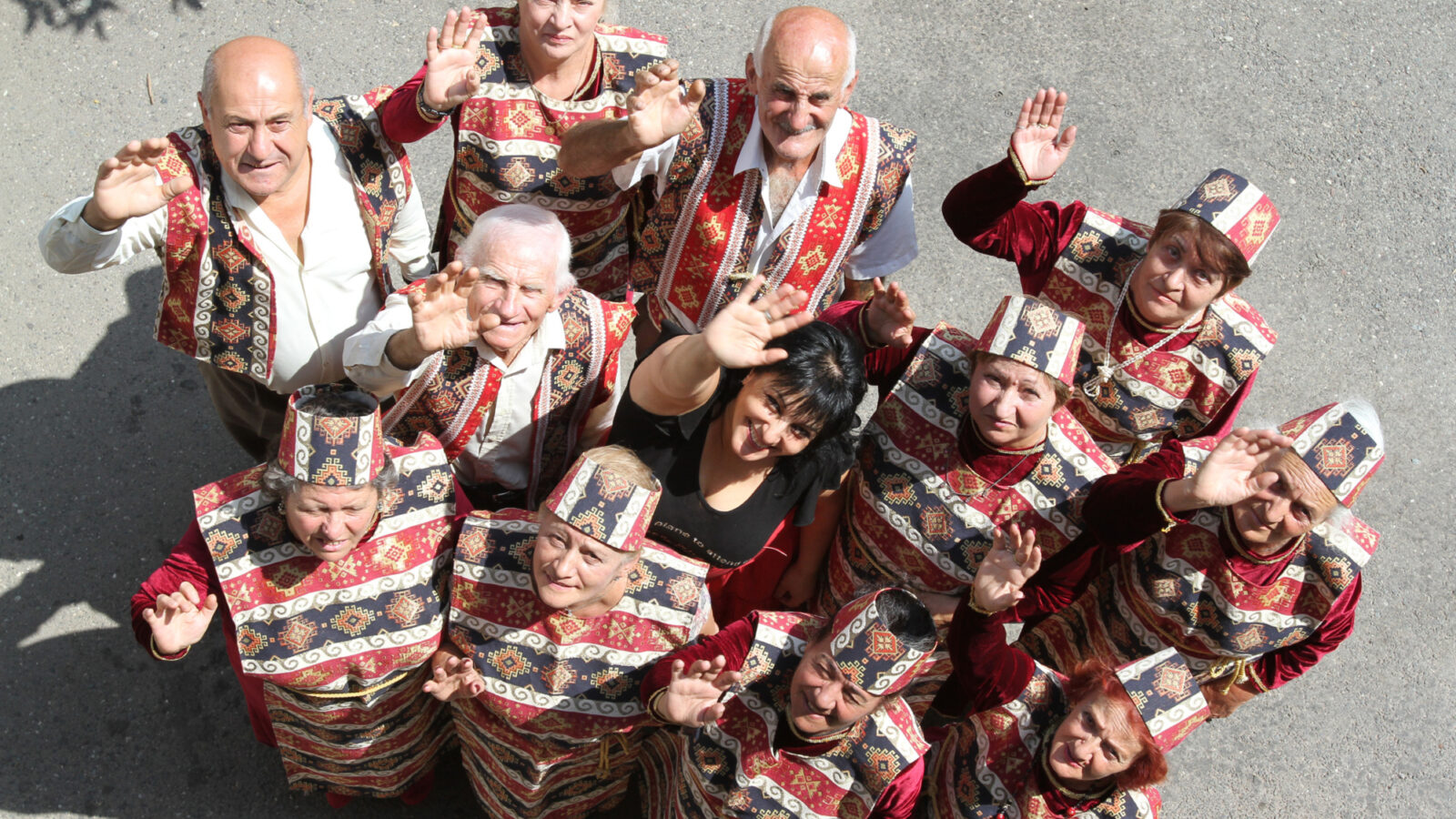 In the capital of Armenia, Yerevan, we meet a colourful and motley crew of Armenian amateur dancers, all between 58 and 80 years of age. Most of them have never danced, and never thought they were capable of dancing. Many suffer from serious medical conditions. Over a very short space of time, they find themselves performing in front of cheering audiences of hundreds.

Many elderly live in cramped, isolated conditions in Armenia today, with few financial resources and not much of a social life. Many suffer from loneliness and depression. 80-year Mikhayil has hoarded so much garbage in his tiny urban flat in the space of the last 15 years that he can barely make it through the front door. Anahit is in her sixties and has lost her husband as well as all of her eight children. She and the others have a lot of trauma and loneliness to overcome. In a time when old age and physical frailty is something society would rather hide away, these performers' clumsy moves show us there is still a lot of life, love and happiness in these old bones!

One, Two, Three is a bittersweet and optimistic depiction of the trials of old age, with a fantastically eclectic musical score that includes everything from Elvis Presley to traditional Armenian folk songs

These elderly people are here to tell us, that life continues, no matter what happens. So don’t fall into despair, be lively: jump, dance, live and fall in love!!
–Artsvi Bakhshinyan, jounalist, film critic, artist