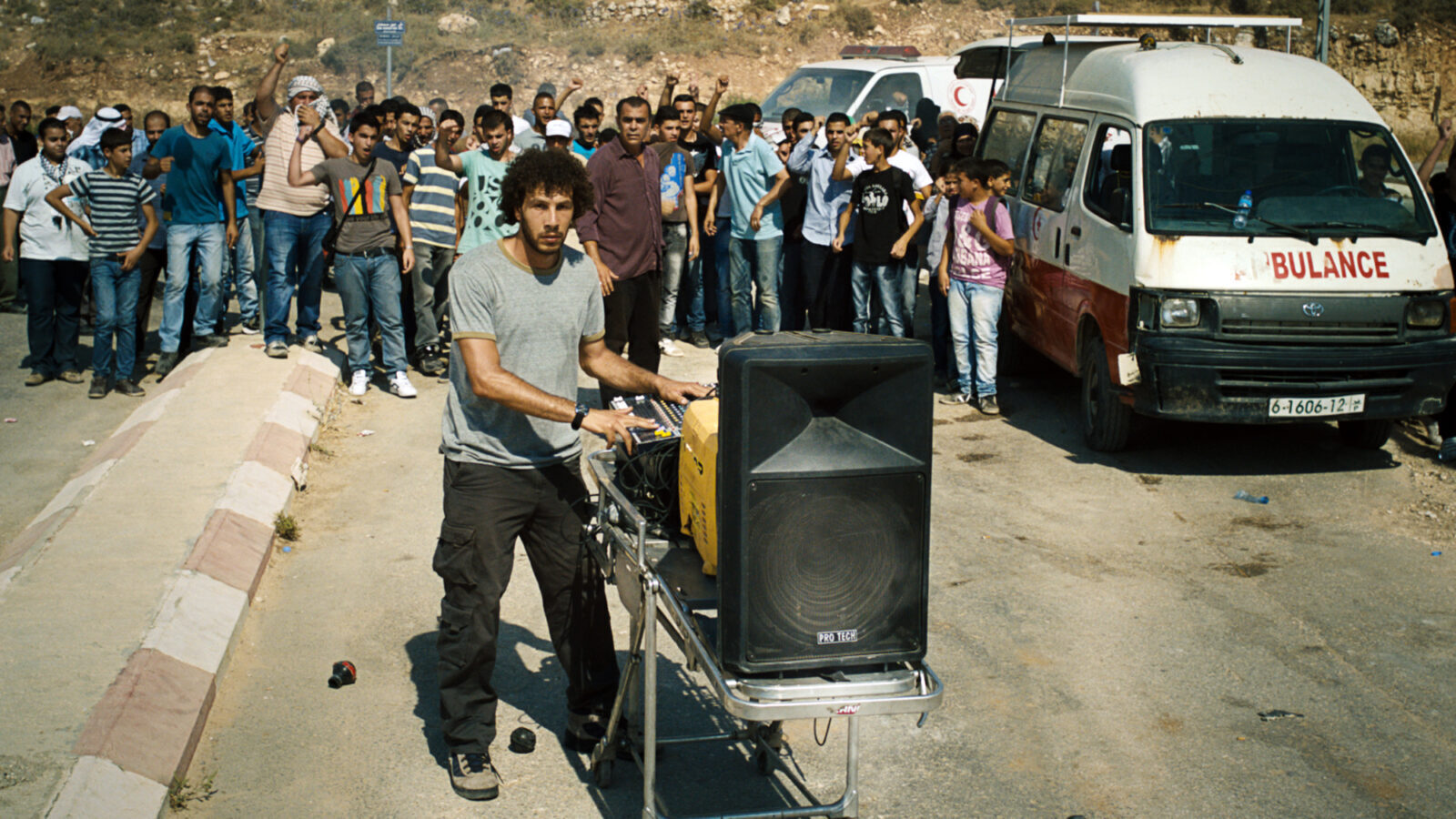 Humour on film is the best form of attack. At least it can appear to be the tactic of filmmakers such as Rashid Masharawi. The building on the West Bank where brothers Sami and Milad (called «Stereo») live is hit by an Israeli missile attack. The explosion kills Stereo's wife, and Sami loses his hearing and ability to speak. A gloomy beginning, and so the brothers decide to emigrate to Canada via Ramallah. The combination of harsh realism and dark satire is in this case quite irresistible.