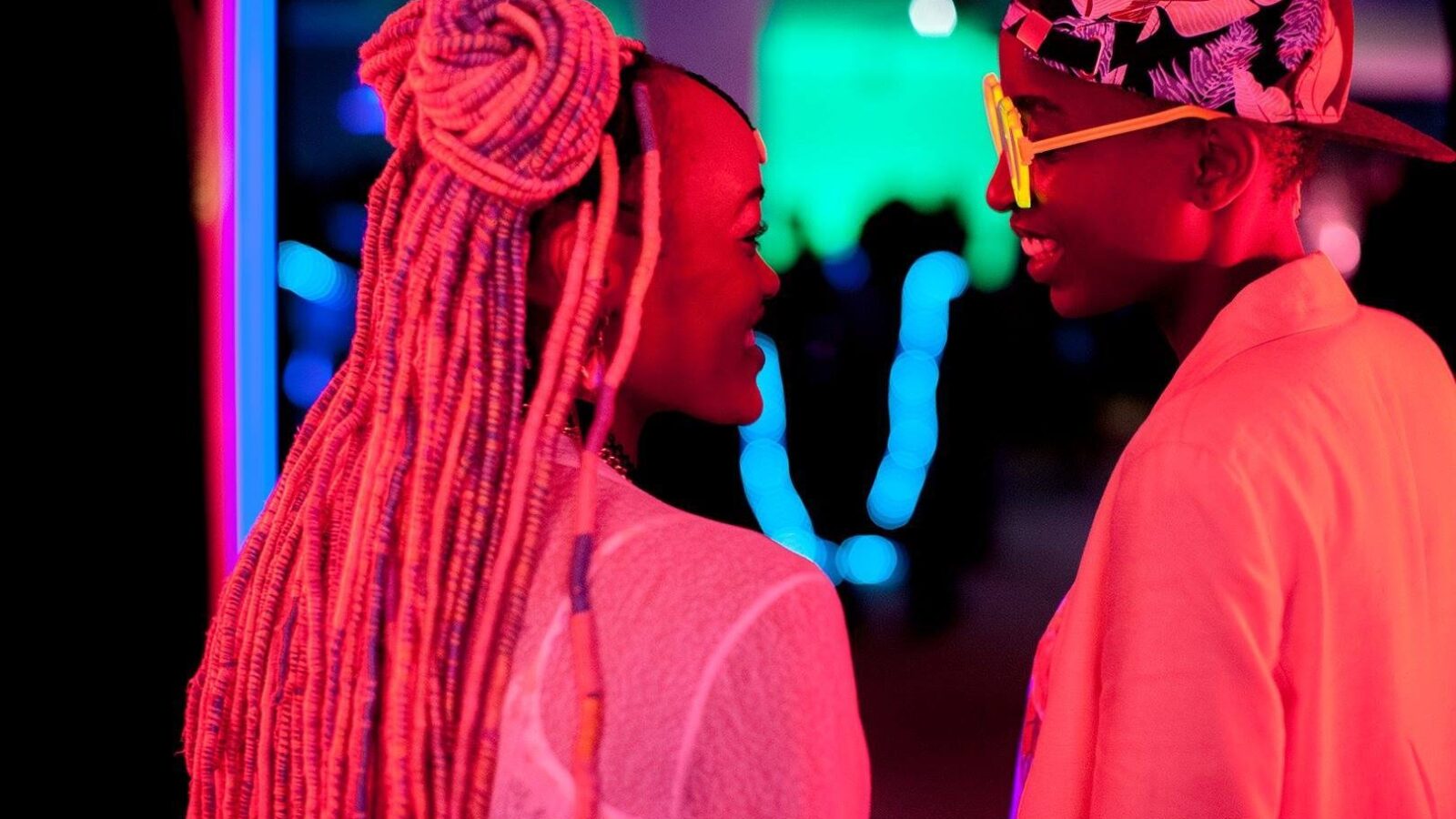 As the first Kenyan film ever to screen at the Cannes film festival, Rafiki was a major hit there in May of this year. Still, in Kenya the film is banned and has only been allowed a few selected screenings. Homosexuality is officially banned in Kenya, so the film's depiction of a love affair between two women makes it highly controversial. Rafiki follows Kena og Ziki, both daughters of high ranking politicians. They meet and fall in love, and therefore risk not only imprisonment and social inclusion, but also being subject to violence. Rafiki is a colourful and sparking love story full of joy, heart ache, and rebellious energy.