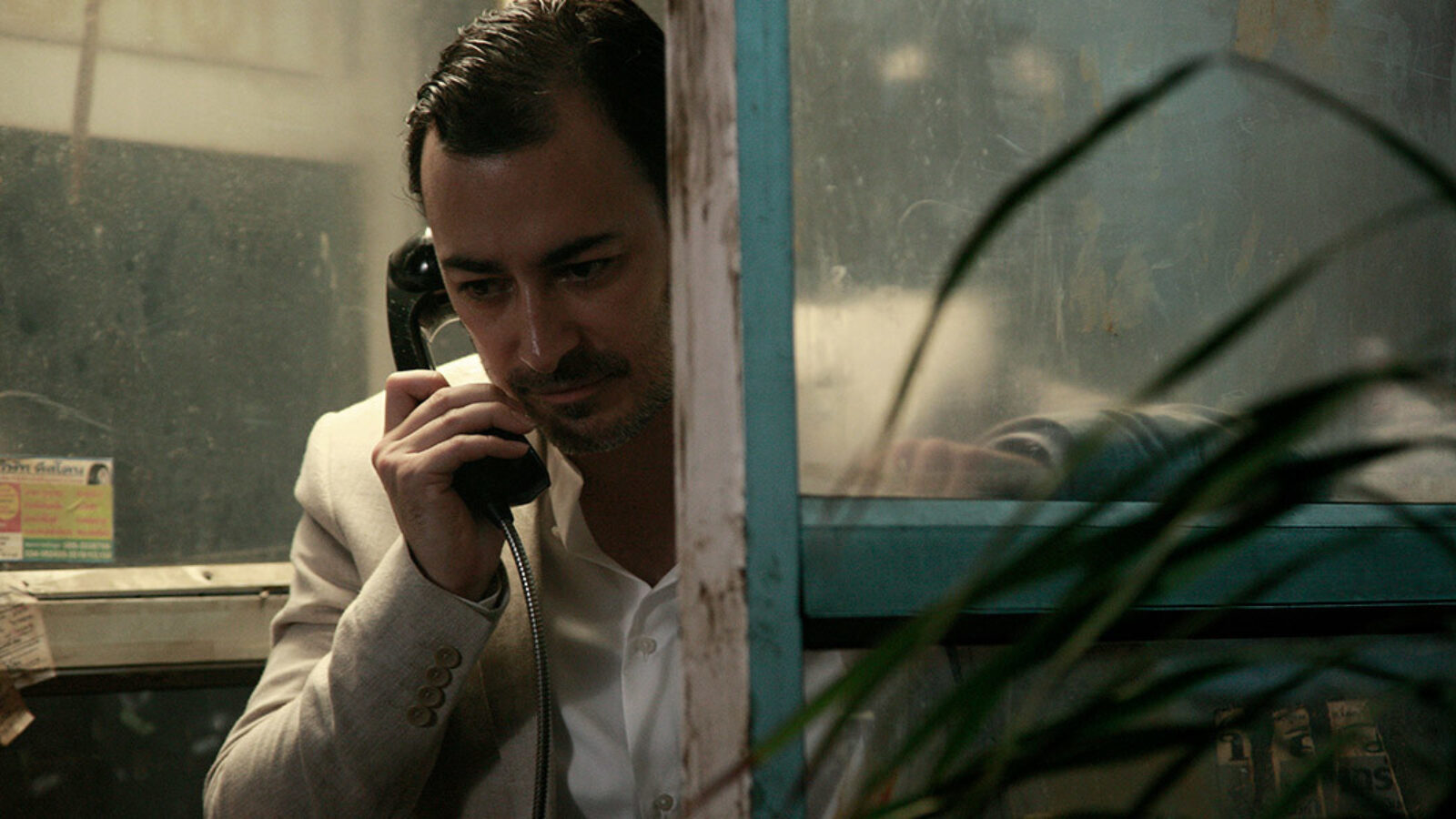 This highly suspenseful thriller starts when the young and beautiful soap actress Viyada rides in her car, and suddenly hits a deer on the road. She steps out of the vehicle, and in an almost poetic sequence the deer and Viyada make eye contact. She realizes that she has to break out of her destructive life, but her desire to leave her husband and career comes at a much greater cost than she foresees. Particularly since her wealthy, foreign husband Jerome is a faithful and brainwashed follower of a charismatic cult leader called The Holy One, played by Vithaya Pansringarm (Only God Forgives).

After the car crash, Viyada meets a mysterious man who is watching over his sick mother at a hospital. The man is short of money, and agrees to help Viyada get rid of Jerome.

Almost every scene of Samui Song is saturated with the feeling that something unpleasant is about to happen. When everything seems peaceful and quiet, the atmosphere becomes even more chilling. Although he features in just a few scenes, Vithaya Pasingram has a screen presence that elevates the film to further heights.

"Mystery and danger percolate in “Samui Song” all the way till the elliptical ending, which leaves audiences with a sense of lingering disquiet."
-Variety