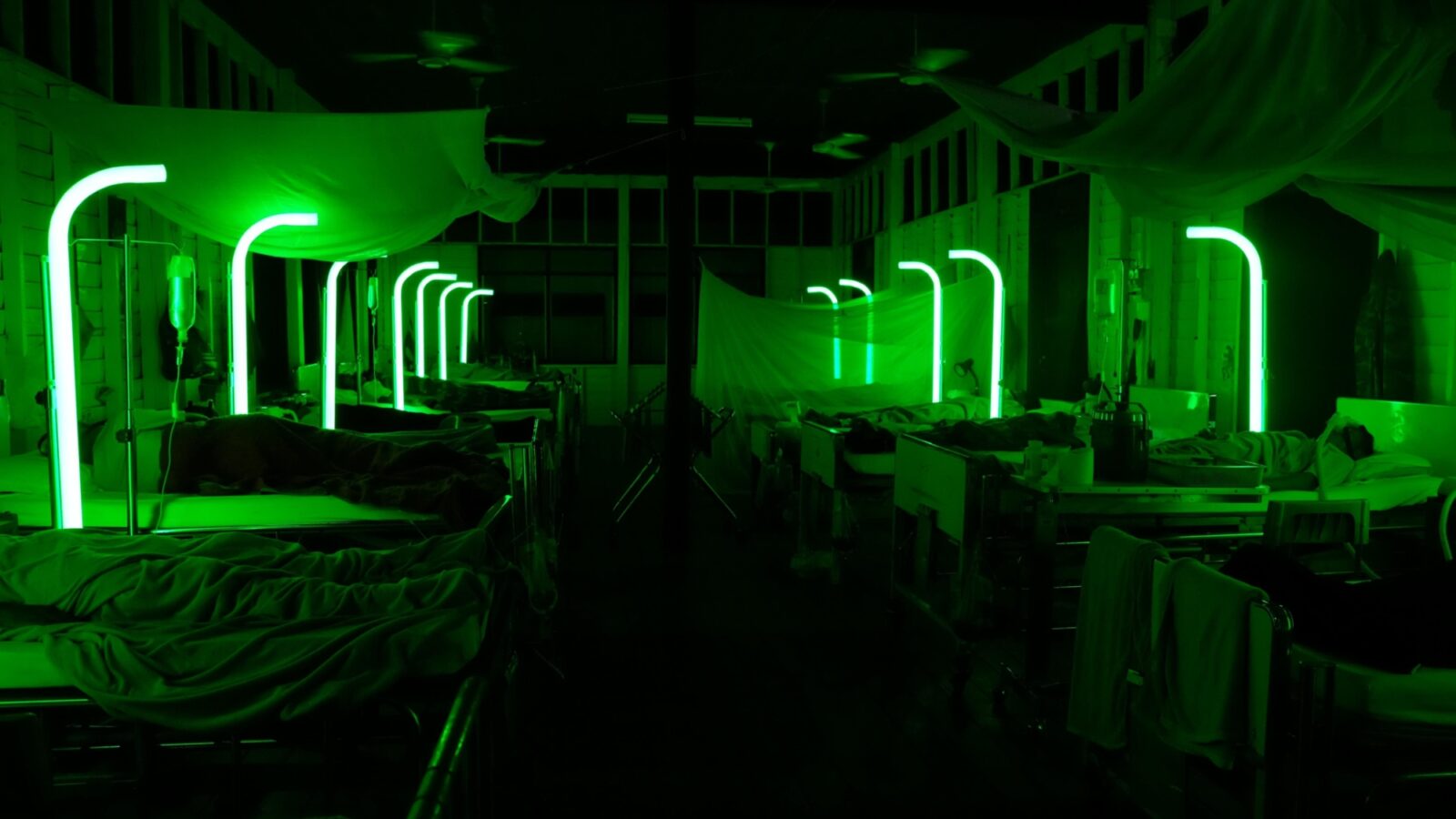 Weerasethakul bases his films partially on personal experiences and is in Cemetery of Splendour on familiar grounds close to his hometown Khon Kaen in Northern Thailand. As in Syndromes and a Century (2006) the story is based in a hospital, where several soldiers suffer from a mystical sleeping disease that is tried to be cured by light therapy and imported sleeping devices. Jen is a volunteer that watches over the soldier Itt. When she discovers a cryptical notebook she feels that there is a connection between the mystical disease and the mythical place the hospital is built on. The plot thickens when two goddesses reveal themselves in daily conversation and big battles are fought in the spiritual dimension.

When watching a movie like this it is like you stop asking questions about what you see and instead become absorbed in the ordinary and simple images, such as a bag filled with urine or an excavator that peels off the surface of the earth, and thereby maybe uncovers the world's own memory that we ourselves cannot fathom. These are big words, but fear not, above all this is a cinematic poem that's a joy to behold.

"Throughout “Cemetery of Splendour,” is among the greatest of cinema’s many glories"
-New York Times

"The word "unique" is sometimes over-used, but in Weerasethakul's case, it applies. (...) This is the potential of cinema, to show us experiences that lie beyond words. Weerasethakul embodies possibility."
-Roger Ebert