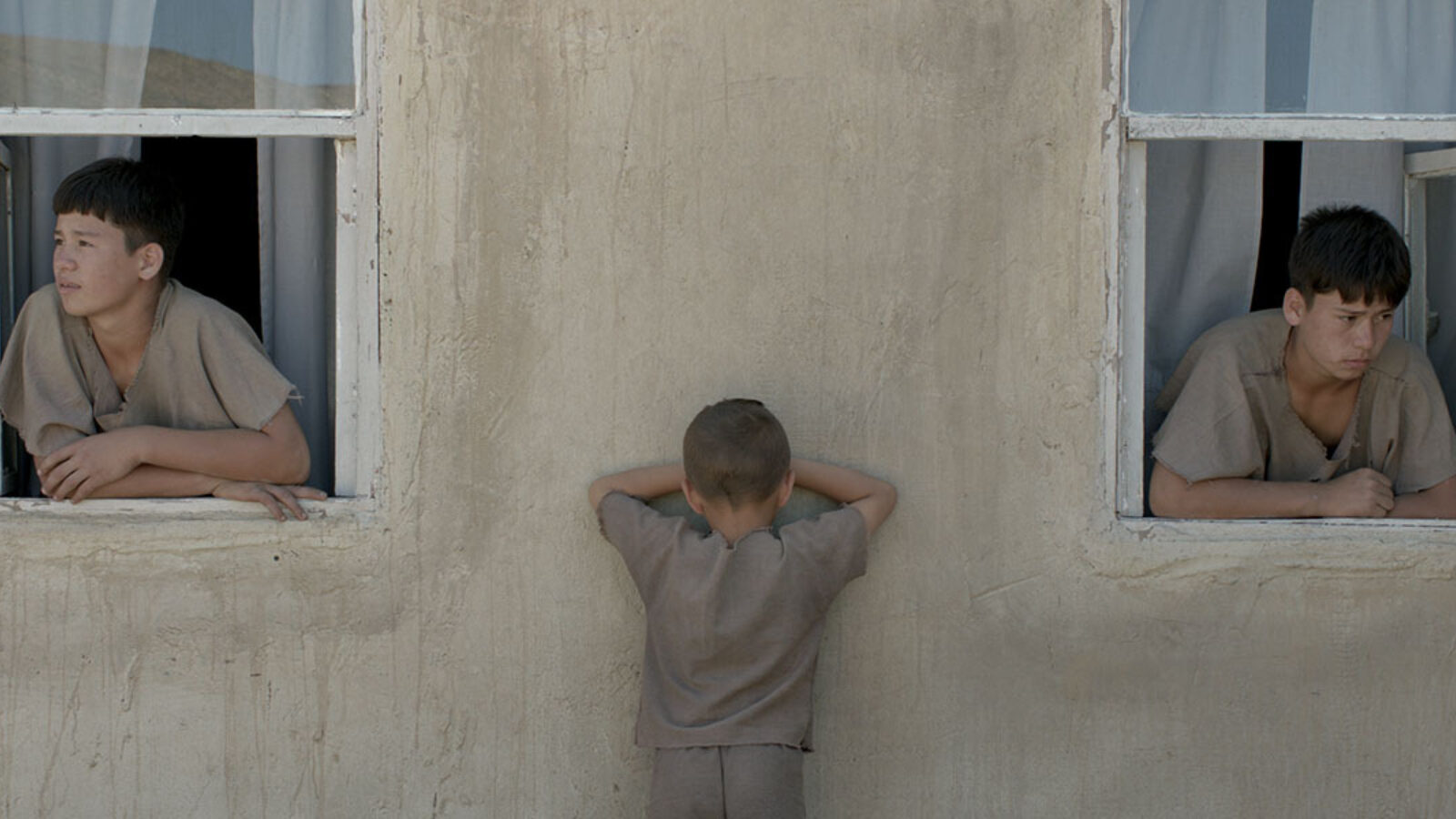 Nothing is left to chance in this beautiful and meticulously composed film, not a single word of dialogue or the tiniest piece of dust that settles on the ground. During the first act, all we see dusty, mud, and sky. Five brother's life somewhere on the plains of Kazakhstan, constantly disciplined by their father. They make bricks out of clay and tend to the family farm. Then one day the discover a river – and from then on, things start changing.

The shiny, glittering river water carries several meanings and functions in the film. The river is an oasis for the five boys, a respite from the family home and the authoritarian rule of their father. it signifies temptation, but with its strong currents, also danger. And it points to the existence of the outside world, which soon arrives on the farm in the form of a visitor, a young boy who arrives on a segway and carries with him an iPad. Soon, he challenges the boys to swim across the river to the other side.

The River is both simple and complex. It depicts a group of young boys and their attempts to rebel against the rules and laws that restrict them, but it also has a timeless and enigmatic, almost mythological dimension to it. It is nothing short of stunning to look at, so if to you, watching films is all about visual pleasure, The River is pure bliss.