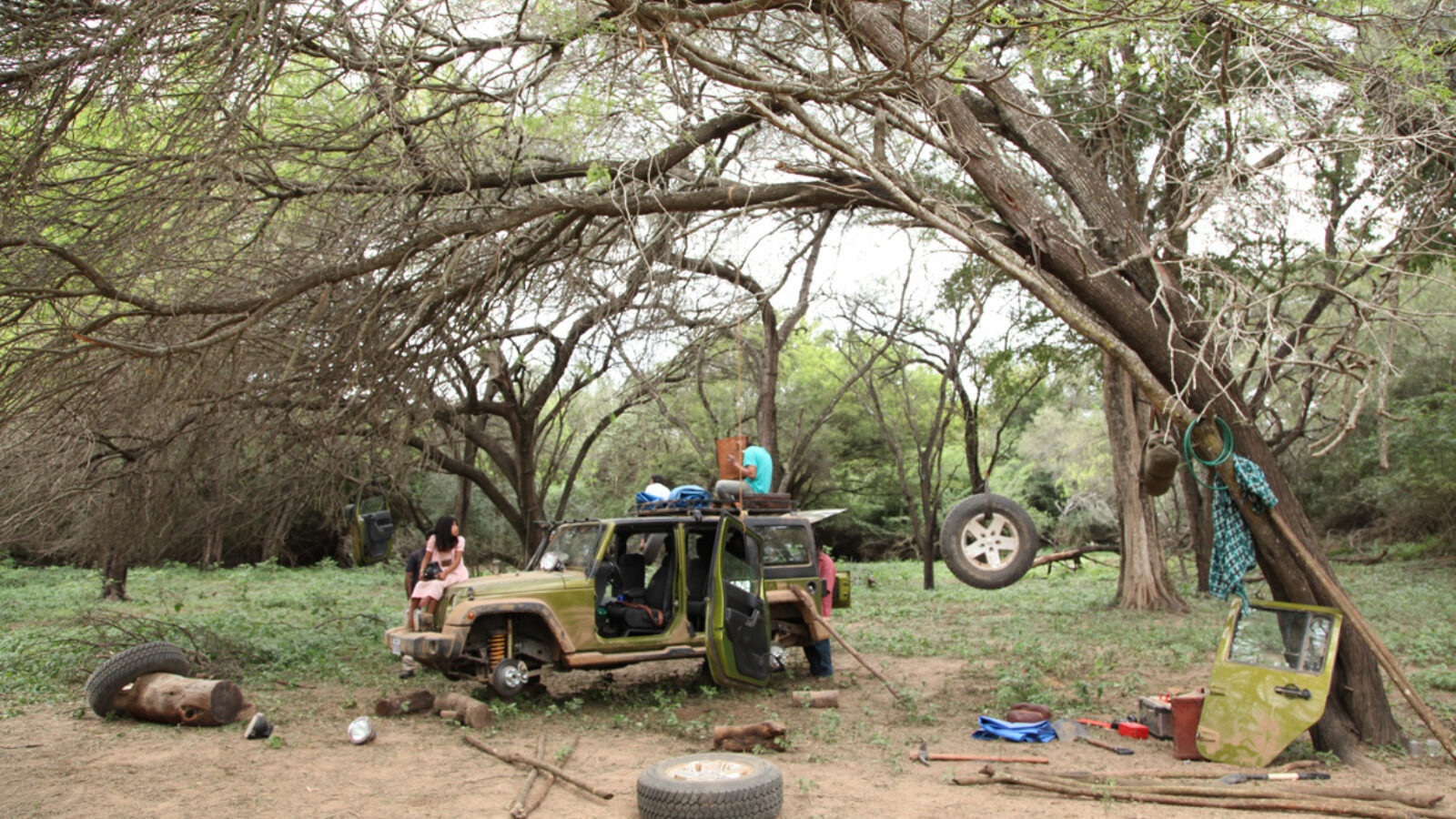 Cinema is a weapon. At least it is for the Bolivian filmmaker that we meet in Yvy Maraey: Land Without Evil, a philosophical road movie and peculiar metafilm about self-understanding and encounters between people. But is it a documentary or is it fiction? A documentarian traces the steps of Swedish explorer Erland Nordenskiold from the highlands of La Paz to the forest swamps of South Eastern Bolivia. The documentarian aims to explore the Guarani culture, but above all he seeks to understand himself. Kandire poses more questions than it answers, and is a beautiful film about identity and meaning in contemporary Bolivia

"A beautiful meditation on origins and identity"
-Hollywood Reporter