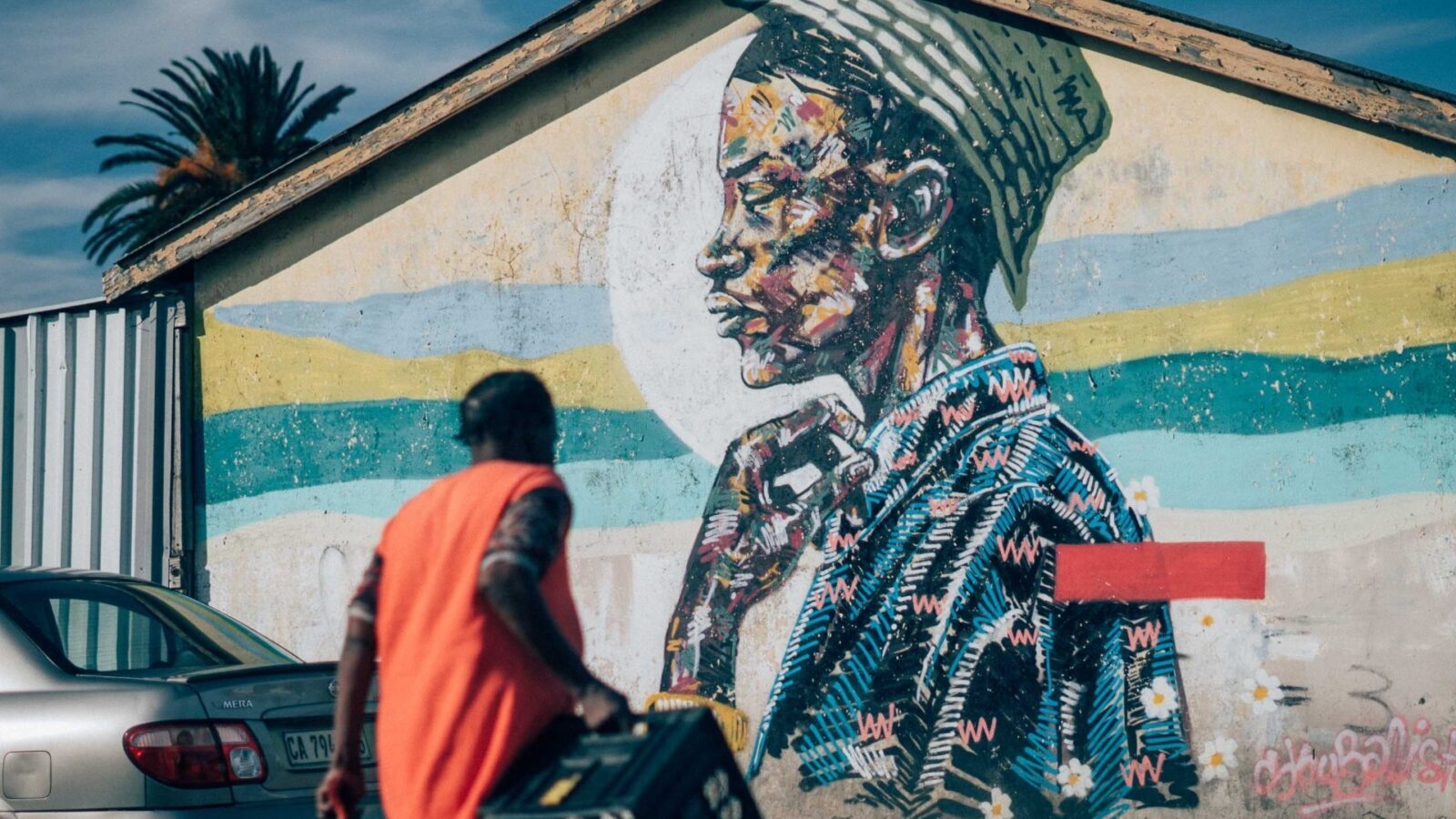 Projects at the pitching forum 2021

Films supported by SØRFOND keep on receiving extensive international attention. All SØRFOND-supported films released within the last year have had their premiere at prestigious international film festivals.

Costa Brava, Lebanon by Mounia Akl and Once Upon a Time In Calcutta by Aditya Vikram Sengupta both premiered at the Venice Film Festival, while the documentaries As I Want by Samaher Alqadi premiered at the Berlinale and Writing With Fire by Rintu Thomas & Sushmit Ghosh at Sundance.

The projects selected for the SØRFOND Pitching Forum 2021 represent potential future success stories of the fund. The purpose of the Sørfond Pitching Forum is to give filmmakers & producers from eligible countries the opportunity to present their projects to potential Norwegian co-producers, with the aim to enter a co-production agreement and apply for support from Sørfond the following year.

Attendance at the Pitching Forum improves the odds of receiving a grant. Of the six grants we announced in May 2020, four of the six granted projects were alumni of our pitching forum, and from the 2021-grants, two out of six had attended the forum.

Frescos of the Forgotten

Kinga, a street artist, just released from prison for doing regime caricatures. Broken and with a fractured hand, he isolates himself, refusing to take part in any activism anymore. Kinga finds solace with Makoto, an elder crazy man who paints on the wall of the city. One day, Makoto tells him about an urban legend: the unfinished and hidden frescos of the forgotten: whoever finishes it will free the country.

Samantha Biffot has produced  documentaries  and TV-series that premiered or were awarded in Nyon Film festival, trophées francophones, Fespaco. Eugénie Michel-Villette has worked on over one hundred documentary films for cinema and television, and won a César for best documentary in 2013 for The Invisible. Michel-Vilette is member of several commissions like CNC, regional fund, Swiss fund, and also part of EWA, Eurodoc, Rhizom and Friends of Cinema du reel.

Sam, a nineteen-year-old woman unwittingly involved in the Maguindanao Massacre, the single deadliest mass killing of journalists in history, is determined to keep a lone survivor she discovers alive. She explores the aftermath of her choices, and the disappearance of her lover Adam, who recruited her for the crime.

This project was selected from Open Doors (Locarno IFF)

The Woman Who Poked The Leopard

The Woman Who Poked The Leopard is the story of  Dr Stella Nyanzi . A one-woman army against Uganda's dictator, Yoweri Museveni. Archival footage covers her nude protest and arrests. Our team have captured her release, political campaign and future exile plans. The next phase includes how her children flee Uganda and the launch of her book, Don’t Come In My Mouth. Just like her family fled Idi Amin, she too runs from her tormentor. But, her spirit remains.

Patience Nitumwesiga has made short films, web series, mixed media art, and directed plays at Uganda's National Theatre. She hosts Mbaganire, a podcast for African folktales, and organised an Embroidery-for-Justice project to mourn femicides in the Wakiso district. She has had different exhibitions of a photo gallery she named Unsung Heroes, documenting Uganda's rural feminists.

Rosie Motene, a Wits graduate in BA Dramatic arts, has extensive training in producing and directing through Multichoice (SA) and NFVF (SA). With over 25 years of experience in the TV & film industry, her work has taken her across the continent. Her credits include the feature Man On Ground ; the short Jesus and the Giant ; Doctors on Call (medical reality), Jarra, Studio 53. She has over 15 TV credits for TV shows produced for NTV and Spark TV in Uganda.

Jilah And The Man With Two Names

Jilah (40) used to work as a maid in Mijan’s family until Tiar, Mijan’s wife, died mysteriously. Since then, Jilah has been married to Mijan (73). After ten years, Jilah grows weary of her marriage. She downloads a dating application on which she finds Aji (40), a Balinese policeman online. They’ve been exchanging nudes ever since. One day, Aji disappears. Jilah runs away to Bali to look for Aji, but the search for Aji only leads to a dead end.

Yosep Anggi Noen is an Indonesian film director who’s been experimenting with cinematic narratives since the mid-2000s. Born in Yogyakarta in 1983, he studied Communications at the Socio-Politics Faculty of Yogyakarta’s Gadjah Mada University. His directing track record includes:  Peculiar Vacation and Other Ilnesses (2012), A Lady Caddy Who Never Saw a Hole in One (2013), Solo, Solitude (2016), Ballad of Blood and Two White Buckets (2018) and The Science of Fictions (2019).

Yulia Evina Bhara is producer and the founder of KawanKawan Media, a production company based in Jakarta, Indonesia, which specializes in international co-productions. She has produced  among others: On the Origin of Fear (Venice 2016), Solo, Solitude (Locarno 2016), Ballad of Blood and two White Buckets (Toronto 2018), The Science of Fictions (Locarno 2019), You and I (CPX:DOX 2020) and Whether The Weather Is Fine (Toronto 2021).

Where the River Begins

Where the River Begins tells the story of Yajaira (19), a young Embera mother and Jhon (18), a white teenager who belongs to one of the most feared gangs in downtown Bogotá. In their urgent desire to flee the city, they start an iniciatic journey from the Colombian capital to the Andágueda River, located at the heart of the Colombian Pacific jungle. On the route the film explores the themes of identity, justice and redemption.

This project was selected from the Europe-Latin America Co-Production Forum (San Sebastian IFF).

Paola Perez Nieto has more than 14 years of experience, as a producer, executive producer, co-producer and line producer. Producer of Land And Shade (Camera d'Or - Cannes 2015) by César Acevedo and Violence by Jorge Forero. Co-producer of Option Zero by Marcel Beltrán. Line producer of Apichatpong Weerasethakul's Memoria. She currently directs Inercia Películas, where she is developing Where the River Begins by Juan Andrés Arango and Horizon by César Acevedo.

A father returns home after a long absence due to his sudden illness and treatment. His teenage son is anxiously waiting for him, charged with anger, to have a postponed intense confrontation. Throughout a long night battle, their dysfunctional relationship and many secrets finally come to the surface. The father’s arrival forces his son to relive harsh memories and incidents. He drives away in his dad's car that still carries his odor of mortality and his cologne.

This project was selected from CineGouna SpringBoard (El Gouna IFF)

Mohamed Siam is a fiction and documentary filmmaker. A Sundance, Berlinale, and Cannes Cinéfondation fellow. His films have been screened in NYFF, Karlovy Vary and Carthage where he won The Golden Tanit in 2018 and Best Cinematography in 2017. His recent film Amal was 2017 IDFA Opening Film that won Sheffield Jury Prize and FidaDoc Award, Robert Bosch Film Prize and Thessaloniki award. A fellow scholar and a filmmaker resident in the American University in Paris 2018-2020.

Mark Lotfy established ‘Fig Leaf' Studios in Alexandria. He has produced films that were selected in Cannes, Berlinale, Sundance, Karlovy Vary, and BFI including Captains of Zaatari (Sundance 2021).  Mohamed Hefzy is one of the leading film producers in the Middle East and Africa. An award winning Egyptian producer who has produced 30 feature films in Egypt, and the Arab world. His films Clash, Souad, Feathers, Yomeddine were all in Cannes Selection in five consecutive years.